A Time for Peace, Not War 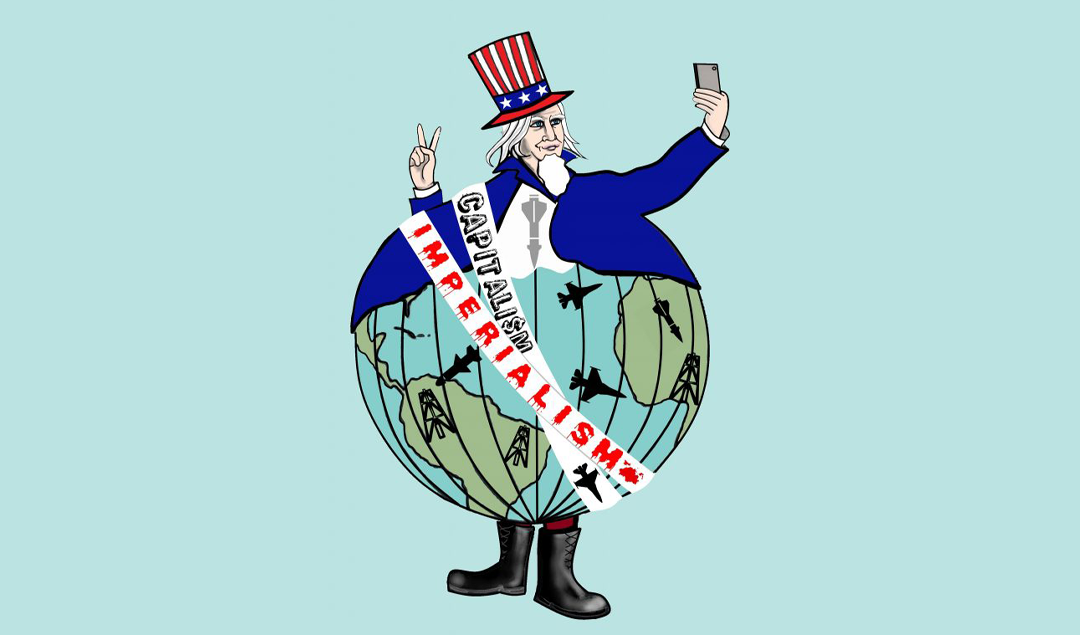 Change is coming, and time is flying. The pandemic is now joined with a threat of martial law. As police killings escalate, people have risen up. Trump’s efforts to “dominate” fall flat. Some police are taking a knee; many military personnel are refusing orders. But Trump and gang keep trying to “dominate.”

On May 3, Secretary of State Mike Pompeo declared “there’s enormous evidence” the coronavirus came from a research lab in Wuhan, China – but he provided no evidence. He also declared “there was no U.S. involvement” in the May 1 coup attempt in Venezuela. And he said the January assassination of Iranian General Qassim Suleimani was in response to “imminent threats to American lives,” but he “couldn’t talk too much” about details.”

It’s a reminder of George W. Bush’s claim that Iraq had “weapons of mass destruction,” which he used to justify the U.S.-led invasion in 2003.

A year ago, Pompeo told a college audience that at West Point he learned the honor code, which says, “You will not lie, cheat, or steal, or tolerate those who do.” But as CIA director (before becoming Secretary of State), he admitted, “We lied, we cheated, we stole… It’s part of the glory of the American experiment.”

That glorious experiment has cost countless lives at home and abroad and continues to do so. Asians and Asian-Americans are being attacked on the streets, in schools, at their jobs – spat on, yelled at, brutalized, and blamed as a result of reckless, racist talk about “the Chinese virus.” The March 23 New York Times reported that “Asian-Americans across the country [were] afraid to go grocery shopping, to travel alone on subways or buses, to let their children go outside. Many described being yelled at in public – a sudden spasm of hate that is reminiscent of the kind faced by American Muslims, Arabs and South Asians” after the September 11, 2001 attacks on U.S. soil.”

A Chinese student-friend told me, “We’re afraid that anything China does could affect us here.” Businesses and restaurants in Chinese communities have been devastated by both the economic results of lockdowns and fear of anything Chinese. Chinatown stores and restaurants have distributed protective supplies and free food to frontline workers. The anti-Asian incidents coincide with increased racist incidents against African American and Latinx people, who were hit hard by COVID-19, and harder yet by police brutality and killings.

Meanwhile threats of war against Venezuela, Iran, and China make the situation worse.

War talk in Washington helps distract from the colossal disaster Donald Trump et al are wreaking with their mismanagement of the current crises. But a greater danger looms. What would a war look and feel like in the midst of these crises? Take the First World War for example: government cover-ups and blame shifting, along with troop and population movements helped spread a pandemic that killed far more than those who died in the war. It’s time to consider making peace part of the recovery plan. A drastic cut in the military budget of nearly a trillion dollars per year would help jump-start a recovery from the pandemic. As oil business has collapsed, we can look to a world without oil – a leading cause of U.S. wars in recent decades. Here’s a solution: re-purpose the war budget for a Green New Deal.

U.S. war ships are clustered more than ever in the Caribbean, the Persian Gulf and the South China Sea. Speaking of the May 1 incident in Venezuela – reminiscent of the failed 1961 CIA-backed Bay of Pigs invasion of Cuba – Pompeo said “as for who bankrolled it, we’re not prepared to share any more information about what we know took place. We’ll unpack that at the appropriate time…” But, he added, the United States “will do whatever it takes” to retrieve the two former Green Berets caught by the Venezuela government. What will it take? Another coup attempt, or a bombing raid? Or a ransom?

War brinksmanship against Iran has been continuous for years. In addition to orchestrating the assassination of General Suleimani, Pompeo has teamed up with Israel to develop escalation scenarios. (See the 2020 CIA Insider’s Guide to the Iran Crisis, by John Kiriakou and Gareth Porter.) A military alliance of the U.S. and Israel is arrayed against Iran, posing a hair-trigger threat to both peace and the world economy.

Iran and Venezuela are also allies, with support from Russia and China. In late May Iran sent five tankers of fuel to Venezuela – defying a U.S. blockade. Despite official U.S. claims they were intercepted, all five tankers arrived safely, escorted by the Venezuelan military.

Trump and Pompeo blame China for the COVID-19 pandemic – with no credible evidence. These accusations have caused the U.S.-China “cold war” to heat up. Nuclear-equipped bases in Korea and Okinawa are on alert, while U.S. Navy carrier groups and bombers challenge the Chinese Navy in disputed waters close to China.

The war buildup against China began before Trump. The “pivot to Asia,” which meant more U.S. resources invested in shoring up alliances against China, started under Barack Obama. And Joe Biden seems determined to prove that Trump is “softer” on China than he is.

Some leftists believe that if they cannot whole-heartedly support the government of a country the U.S. is attacking, they need not oppose such attacks. This lets the U.S. government “justify” sanctions and other war moves by claiming it’s defending “democracy and human rights” – something it seldom if ever does. A recent article in Monthly Review and Black Agenda Report observes that “American left organizations have reinforced CIA talking points about the dangers of Chinese ‘expansionism” and that “U.S.-based organizations and activists are duty-bound to defend the self-determination of all oppressed nations, including the People’s Republic of China, and should turn their attention to the war aims of their own government.” (See also Dan Cohen’s analysis of Hong Kong.)

The current war buildup and anti-China movement have deep roots going back to the 1949 revolution. The United States tried to extend the Korean war to invade and bomb China, as the contemporary journalist I.F. Stone documented. And the U.S. justified war in Vietnam “to stop the domino effect of more and more nations coming under the control and influence of the USSR and China” – the “containment” strategy. We should reflect on this. Socialists need to oppose all U.S. wars and their official “justifications.”

Pompeo is playing “chicken” over Hong Kong, calling the Chinese government’s new security law a “death knell” for Hong Kong, and threatening more sanctions. Instead of seeking cooperation in fighting the current pandemic, the U.S. government is alienating a country that has learned many useful lessons in dealing with it.

Recently PBS showed Chinese middle school students calling on Americans to stop blaming China for the virus. One said: “I think during this hard period we should help each other fight the virus – but not blame each other!” Now is the time for peace, not war. And for fearless, unrelenting struggle.

Photo top: “Selfie Sam,” by Michelle Dallochio, was the cover of DL’s Summer 2019 issue, “Toward a World Beyond the Gangsters of Capitalism.”