Afterword to “My Whirlwind Lives: Navigating Decades of Storms” 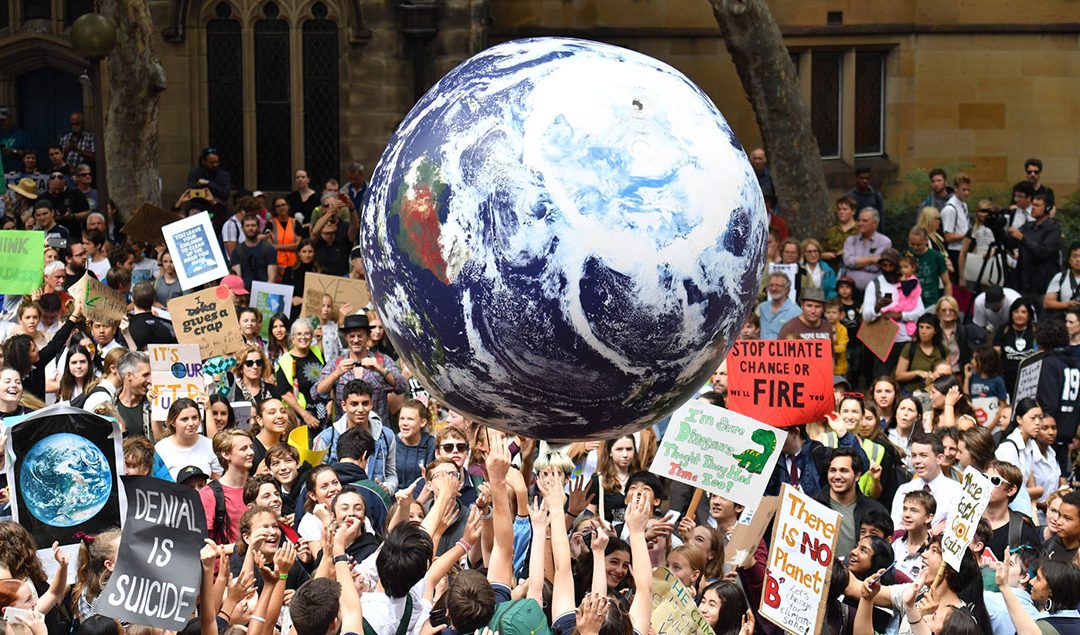 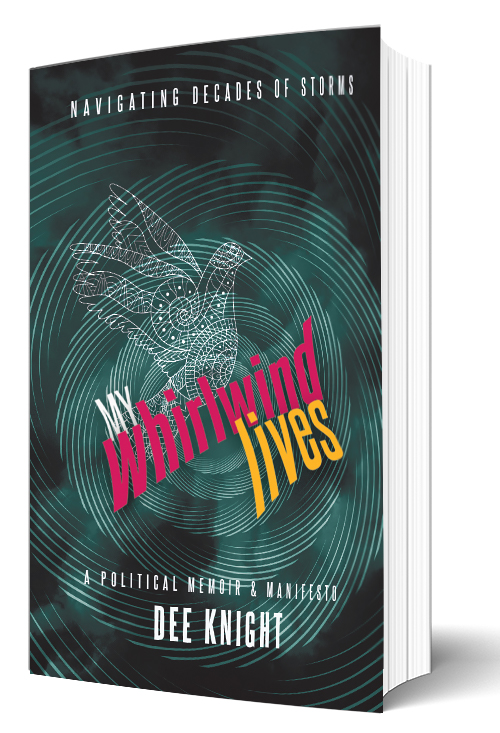 NOTE: A shorter, adapted version of this Afterword has been published in Democratic Left online, while I was still using the working title Life in the Whirlwind.

When I was in Nicaragua during the first Sandinista decade (the 1980s), there was a saying: No hay mal que por bien no venga: there’s no bad thing that doesn’t bring some good. It was a useful reminder as the country and the world slid into catastrophe. My whirlwind started in the 1960s, with rebellion against the U.S. war in Vietnam and the racist violence at home. This time the wind has been stronger, more dangerous in many ways.

The coronavirus pandemic changed everything. Trump’s ineptness and buffoonish bluster caused countless deaths and endangered everyone. The system was out of control. But people began to fight back.

Solidarity made a comeback. Some was real, and then there was the congressional version. Money by the trillions flooded to banks and big business; for ordinary people, there was about enough to cover rent for a month or two, plus some unemployment checks. Landlords had to put evictions on hold in some places.

Some of the government’s “generosity” raised questions: Trump suggested eliminating payroll taxes during the pandemic. Nice idea, but a major part of the payroll tax is the 15 percent of gross that workers pay into Social Security, which is matched by the employer. Was this meant as a “trojan horse” to get rid of Social Security, or just a clever way to take several months of payments away from future retirees?

There was plenty of corruption and profit gouging — some in Congress made a bundle by selling stocks based on what they knew before anyone else. Profiteers hauled in windfalls by selling essential supplies that should have been provided by the government. Trump tried to buy out a German vaccine maker, so the vaccine could become a U.S. monopoly, but his “offer” was rejected. Meanwhile, for corporations, the bailout was a bonanza: untold trillions to save the system.

Common people banded together for mutual support and common demands. It promised a new stage of the “political revolution” Bernie Sanders had launched. Sanders won the best unemployment package ever: coverage for all people who needed it — gig workers, “independent contractors,” restaurant workers and more — at a higher rate. He changed the Congressional agenda, prioritizing basic survival. He argued for a recovery focused on the Green New Deal.

The scope and depth of the crisis was unprecedented: the numbers of people out of work skyrocketed to millions. Trump panicked, calling for everyone to get back to work “by Easter” — a nice pander to his evangelical base. But the natural laws of capitalism don’t depend on miracles: supply follows demand. Even though 20th century capitalism succeeded in “manufacturing” demand, this time it would take bigger miracles. Putting money into people’s pockets would allow them to buy groceries and medication for a while, but the survival of the system depends on a vast global market, and the pandemic paralyzed populations and markets across the globe. People’s health and safety really did come first, for the first time ever in most countries. But people had to fight for their health and safety. Trump backed away from his “back to work suggestion” as essential services workers threatened to strike.

As money flooded out to save the system and provide bandaids, it raised questions: if all that money is there in a crisis, if it’s possible to have a moratorium on student debt, why not cancel the debt? If transit can be free in a crisis, why not all the time? If prisoners can be released in a crisis (as they were in many cities), why not free them all, permanently? If the government can flood the system with money, why does anyone have to be homeless?

The social and economic breakdown set off a social and political breakthrough: people stopped waiting, and mobilized to end the suffering. People power began to grow while the empire weakened. Trump’s mismanagement shredded his vaunted invincibility. His efforts to blame the coronavirus on China fizzled, as China’s effective “people’s war” against the virus impressed people everywhere. Trump insisted on calling COVID-19 “the China virus.” Asian people often paid the price, as racist incidents proliferated. There were many solidarity efforts in defense of Asians.

While Trump and Secretary of State Pompeo intensified sanctions against Iran and Venezuela — hoping to strangle them as the pandemic raged — Chinese medical workers and supplies came to the rescue in those countries, in Europe, and elsewhere. Cuban doctors, and medication, joined them.

But Trump and Pompeo continued to beat war drums. In March, European NATO members cancelled participation in planned war games against Russia. As U.S. global prestige shrank, European leaders also found ways to get around U.S. sanctions against Iran since the U.S. banking system seemed less threatening than before.

Reports that government planners, together with Big Pharma, had conducted detailed simulations of the pandemic months before it broke out raised questions: why weren’t they prepared? Why didn’t their planning result in stockpiles of needed supplies? What was the purpose of their planning? Was it just to help Big Pharma cash in?

The glaring inadequacies of the U.S. healthcare system made the demand for Medicare for All even more urgent.

At home, the crisis generated more popular mobilization, not less. “We need to build a political revolution not just to make the Green New Deal victorious in this election, but to upend the balance of power in this country for a generation,” said Dyanna Jaye, the Sunrise Movement’s organizing director. The pandemic eclipsed the Democratic primaries, and Bernie suspended his campaign, but a cloud of uncertainty loomed over the Democratic Party convention.

I’d seen it before: the Chicago convention in 1968, where Mayor Daley’s machine delivered the nomination to LBJ’s vice president Hubert Humphrey, while Daley’s cops bashed the heads of anti-war demonstrators in the streets outside. Humphrey then lost to Richard Nixon, who escalated the war and intensified repression at home. Nixon was forced to resign in disgrace in 1974, but he did a lot of damage, and things got much worse: constant war, mass incarceration of millions of non-white people, rampant inequality, and a planet on the brink of extinction. Then Reagan, Bush Sr., Clinton, Bush Jr., and even Obama, made it worse. It has felt endless.

Still, the campaign to change America had really only begun. Varshini Prakash of Sunrise declared, “Our movement is more powerful than ever, but we are in a fight for the soul of this country? We know that no matter what happens over the coming months, elections alone won’t be enough? That’s why our movement is oriented around a guiding strategy for this year of: Organize, Vote, and Strike.” She meant student strikes to stay out of school, but with schools shuttered, the youth supported and joined rent strikes in many cities, as well as refusals to work without protective gear and hazard pay for nurses and other essential services workers.

“History has shown that when millions of young people dedicate themselves to a cause, and show up in overwhelming numbers, revolutionary change isn’t just possible — it’s inevitable,” Prakash declared. “As long as we are organizing our generation into an unstoppable force in American politics, we will eventually ensure that the Green New Deal comes to pass — no matter what happens this election.”

The Sunrise Movement appeared almost spontaneously in early 2019, joining Alexandria Ocasio Cortez (AOC) for a fairly polite visit to House Speaker Nancy Pelosi’s office. From there it mushroomed into a force, along with Black Lives Matter, Fight for $15, nurses, teachers, and many others.

Although Biden got the primary vote of older African American voters loyal to Obama, the natural working class alliance of Black and Latinx workers would be strong in the fight against Trump. This alliance includes enough other forces to be a solid majority of workers: women, men, Black, Latinx and white, LGBTQ, and immigrants of all nationalities. This is the decisive majority, together with the youth, not only for the elections, but for the future.

In 2006 there was a virtual May Day general strike in many cities, as Latinx workers banded together to make “a day without Latinx workers.” An alliance of dock workers and the Occupy movement shut down ports on the West Coast in 2011.

Workers were poised to benefit from a Green New Deal, and would fight for it — for the jobs it would bring, and for the future it could preserve for their children and grandchildren. My fantasy was millions of workers joining the Sunrise youth in massive numbers, shutting down the country and sending a message — you can’t do anything without us, and we can stop you from hurting us!

Even military personnel were unsafe, like sailors on the US aircraft carrier Theodore Roosevelt. Their captain was fired for calling for help publicly when members of the TR crew became infected. The sailors cheered him as a hero for putting their safety above the “chain of command.” Would other sailors and soldiers on ships and bases across the globe demand their safety must come first?

Talk of resistance and revolution became common: “Big Changes Ahead — Let’s Be the Whirlwind,” wrote Max Elbaum, author of Revolution in the Air, published in 2018. “It’s end time for the ‘end of history/there is no alternative’ era,” Elbaum wrote. “The fight is on over what will replace it.” He added that “we are for ‘upending’ the current political order.'”

The question of the moment was: how could the horrifying reality here and around the world be transformed to “a future we can believe in.” The crashing economy held the answer. The pandemic panic exposed the economy’s fragility and instability. Wall Street was a roller coaster: “the worst since” 2008, or 1987, 1929, or ever.

The economic shudders across the globe triggered by the pandemic were a sign, added to others: in France, neoliberal President Macron’s moves to change the pension system brought millions of people into the streets for a months-long general strike. Recent massive and repeated popular rebellions had shaken Chile, Ecuador, Haiti and Colombia. These could be seen as harbingers of a future in our country.

The traditional U.S. government answer to such threats has been military force, police repression, and CIA subversion. The U.S. maintains more than 800 military bases around the world, in addition to hundreds more stateside.

The status quo has depended on economic stability — ever more fragile — but also on effective repression and people’s passivity. If soldiers and sailors themselves refuse to fight, as many did during the Vietnam era, to disarm the military. And it will take the rest of us becoming the whirlwind. If we can do that by the millions, we can begin to shape a future we can believe in.