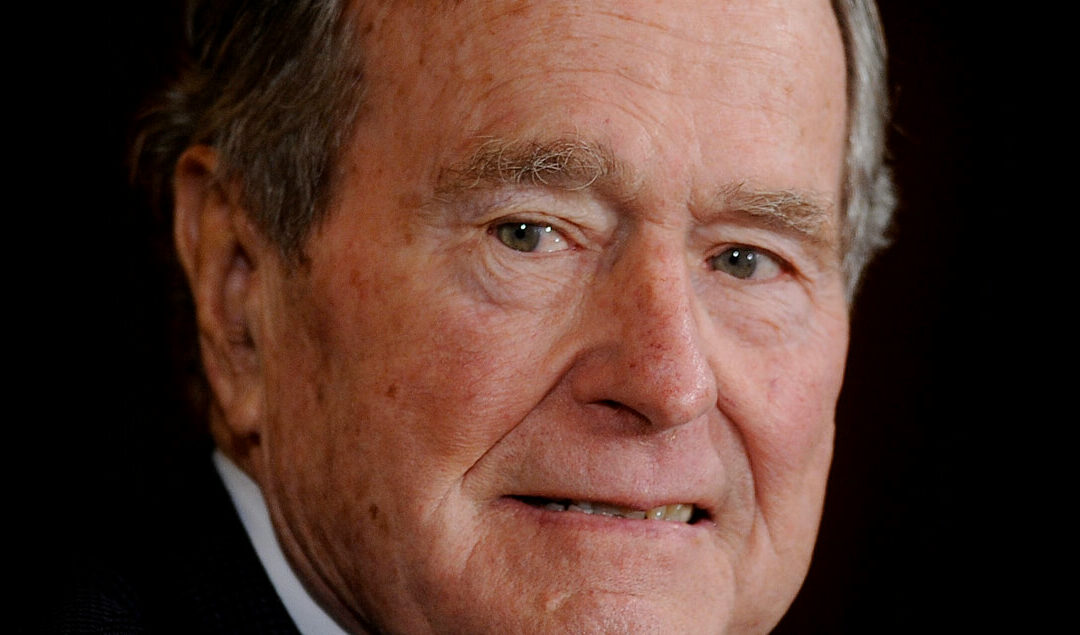 The recent fawning canonization of George HW Bush (senior) on the occasion of his death was really too much for me. So I appreciate the comments of Glen Ford of Blackagendareport.com. He said, in part:?

The daily whitewashing of imperial crimes that masquerades as ?news? on corporate media becomes high ceremony when a Genocider-in-Chief dies. Now it is George Herbert Walker Bush?s turn to be canonized.

Corporate news anchors absolve the dead leader of culpability for the mega-deaths inflicted on those countries targeted for invasion, drone strikes, regime change, proxy wars, or crippling economic sanctions under his watch.

The others who presided over, covered up or abetted the U.S. “endless war” in Iraq, Afghanistan, Syria, Libya, etc., are all forgiven, at least, despite the enormous human cost. As Ford says:?
Whatever the human cost, it is ?worth it,? as Clinton?s former Secretary of State, Madeleine Albright said of the half a million Iraqi children that died as a result of U.S. sanctions and the bombing of Iraqi infrastructure ? carnage begun by Daddy Bush and continued by Bill Clinton, and then begun again with Bush Junior?s ?Shock and Awe? demonstration of U.S. military might. Obama got hundreds of thousands more Iraqis killed when he armed and trained head-chopping legions of Islamist jihadists to swarm the region in an attempted imperial comeback that has killed half a million Syrians, to date.

The final cost of these ongoing crimes cannot yet be tabulated, not only because the war is endless, but also because the “boomerang effect” cannot yet be predicted. But, as Ford says,?
the whitewasher?s job is never done; the bodies keep piling up, ?regimes? go ?rogue,? meaning they disobey American dictat or otherwise get in the way of the imperial project, or run afoul of vital U.S. allies, as with the unfortunate Yemenis and Palestinians.