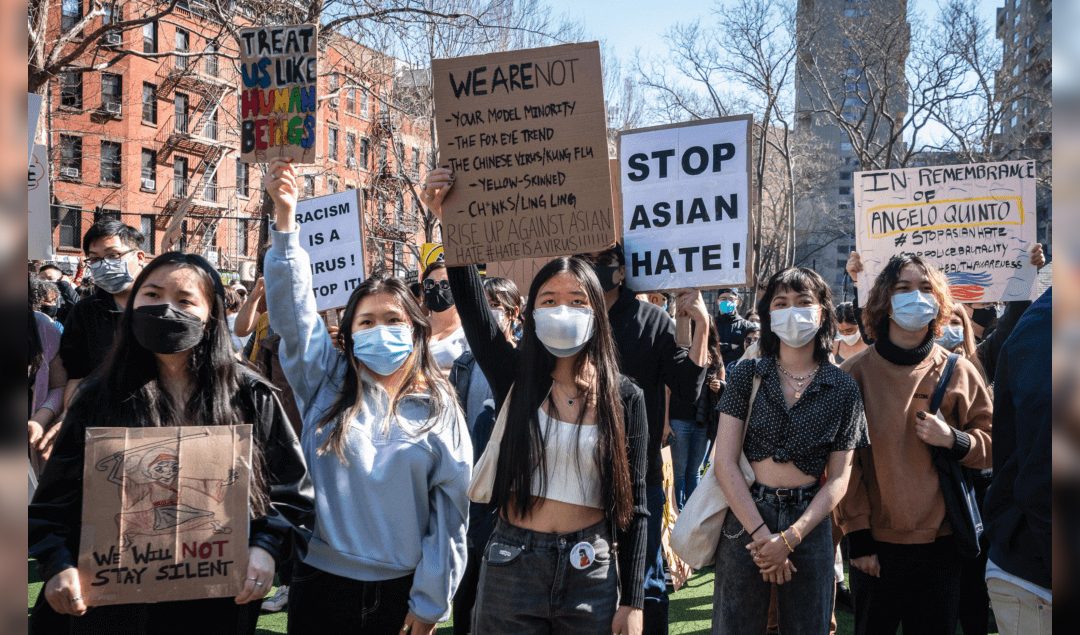 In March, the DSA International Committee released a statement that “condemns in strongest terms the Sinophobia and the push for a Cold War with the People’s Republic of China that have been encouraged by United States political elites.” It adds that “Joe Biden accused the Trump administration of being insufficiently tough on China while U.S. media and political elites regularly discuss the prospects of a ‘cold war’ between U.S. and China with little regard to the likely human toll of such a conflict.” The statement says talk of a U.S.–China Cold War is “criminal when the U.S. is selling arms, running joint military exercises, and setting up overseas U.S. military bases in countries surrounding China. These actions put the lives of hundreds of millions of people at risk within the region. Most importantly, the jingoistic rhetoric that informs the coverage of COVID-19 and U.S.–China relations covers up the responsibility that U.S. elites bear for profit-seeking imperialism, an increase in Sinophobic discrimination worldwide—particularly from U.S. and its allies—and hate crimes against Asian Americans, and the lack of social welfare policies that has immiserated millions in the U.S. during the ongoing pandemic and economic depression.”

Impact of events and debates outside DSA

The statement reflects the impact of developments and debates outside DSA. Protests are surging against anti-Asian hate abroad and at home, led notably by Code Pink, Veterans For Peace, Pivot to Peace, and No New Cold War, among many others.

There have been more than 3,800 reported anti-Asian hate incidents in the United States since the start of the pandemic, according to Stop AAPI Hate​, a national coalition. More than two-thirds of the victims were women. The number of unreported incidents is not known. Asian Americans Advancing Justice (AAJC) has launched an effort to increase reporting and a training program on “Bystander Intervention to Stop Anti-Asian/American Harassment and Xenophobia.” This ongoing program has trained nearly 50,000 people as of early April, aiming to equip them with techniques and advice on how to safely intervene when they see or experience anti-Asian harassment.

DSA member Rana Abdelhamid, an Arab American who recently announced a run for Congress in New York City, tells of responding to racist incidents by deciding “to take my safety into my own hands. I began my journey as a self-defense trainer and founded a nonprofit organization called Malikah. As of early April, Malikah has reached over 20,000 women and girls in 20 cities across the world and has trained them in self-defense, organizing, and financial literacy.” Rana’s district is just west of that of Alexandra Ocasio Cortez, and she has the support of Justice Democrats.

Anti-Asian sentiment has been stirred in the U.S. by the rhetoric and foreign policy of both the Donald Trump and Joe Biden administrations. In a March 29 interview, Noam Chomsky said that “Biden adopted Trump’s Iran program, with virtually no change,” adding that “current nuclear strategy calls for preparation for war—meaning terminal nuclear war—with China and Russia.” Retired Army Colonel Ann Wright of Veterans For Peace notes with alarm that the new U.S. Secretary of State Anthony Blinken, fresh from a head-to-head confrontation with his Chinese counterpart, called on NATO members to join the U.S. in viewing China as an economic and security threat. NATO’s charter is focused on Europe; in recent decades, the U.S. has pushed it to the border with Russia, pulled it into Afghanistan, and now wants it to help beef up its “pivot to Asia.”

In recent years, both the U.S. government and mainstream media have found nothing good and much bad to say about China. Former Secretary of State Mike Pompeo admitted in 2019 that “We lied, we cheated, we stole… It’s part of the glory of the American experiment.” He and Trump proceeded to blame China for the COVID-19 pandemic, intensifying the new cold war. Nothing has changed so far with Biden and Blinken. The “pivot to Asia” has surrounded China with warships, missiles, and bombers. With many Americans unable to separate their animosity towards the Chinese government from their opinions of individual Asian Americans, Asians in the United States are among the early victims of this not-so-cold war. There will be many more victims at home and abroad if the war buildup continues. And a hot war with China would not only obliterate hopes for a Green New Deal and Medicare for All. It would very likely obliterate us all.