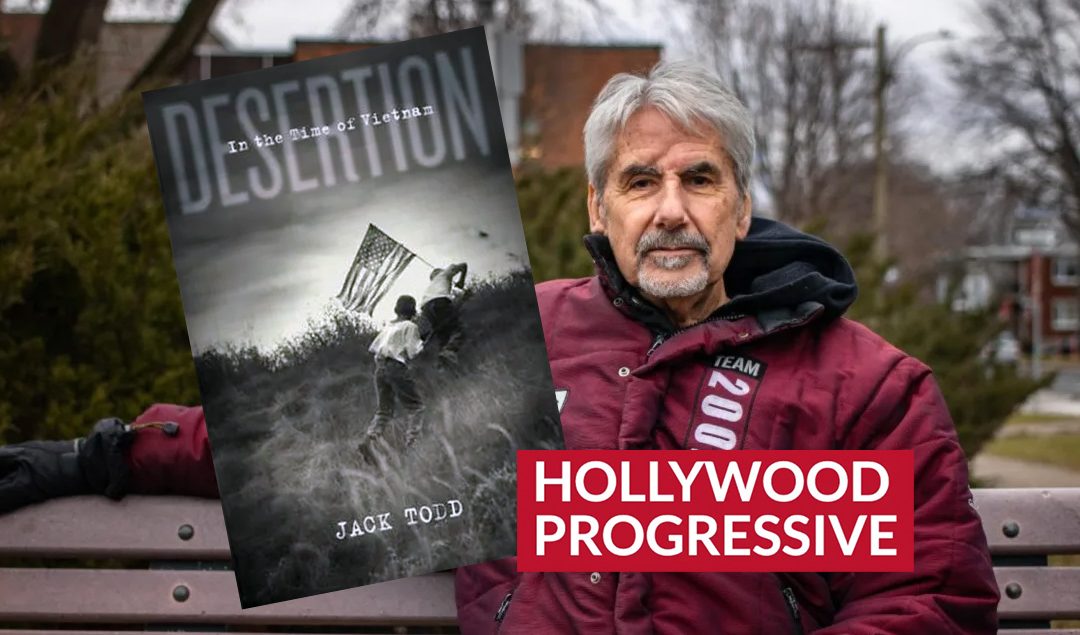 Todd tells of the trials and tragedies of deserters with the familiarity of being one himself, even though his education and professional background set him apart.

By Dee Knight at the Hollywood Progressive

Jack Todd’s memoir of desertion is like a coming-of-age novel – a portrait of the artist as young resister – complete with prologue of childhood friends in a pre-adolescent adventure with loaded rifles (a .22 and a shotgun) in Nebraska. Then there’s a love affair in Miami, where a precocious Miami Herald reporter is ripped away from both passion and career by a draft notice. The two boyhood friends’ lives diverge, one going to Vietnam, the other deserting from Army basic training and heading to Canada. The love affair haunts our hero through an odyssey of “twin journeys, across the heartland and back in time.”

In a time sweep Todd depicts the images of a Buddhist monk burning in Saigon, of the bodies of Vietnamese… on the back of an armed personnel carrier in pools of blood, of Green Berets and Graham Greene “who saw exactly what would happen to America in Vietnam a decade before it began…”

Todd tells the adventures of a gifted young writer landing a reporter job with the Miami Herald, after washing out of Marine Corps officer training due to a sports injury, but still getting drafted later. First, however, he gets his eyes opened about the war by his Nebraska college newspaper editor, who witnessed and led the transformation of a heartland football-crazed campus to a hotbed of antiwar radicalism.

Good luck abounds for Todd as he tortures himself about the decision: “My mother hates the war almost as much as I do… ‘You know, I think I’d almost rather have you in Canada than over there fighting this stupid war,’ she says.” And his boyhood friend Sonny, freshly back from Vietnam with a bad case of PTSD, tells him “I can’t let you get drafted. I’ll drive you to Canada myself… You can’t go through that shit. I took enough of it for both of us.”

Read the rest at…
https://hollywoodprogressive.com/literature/desertion