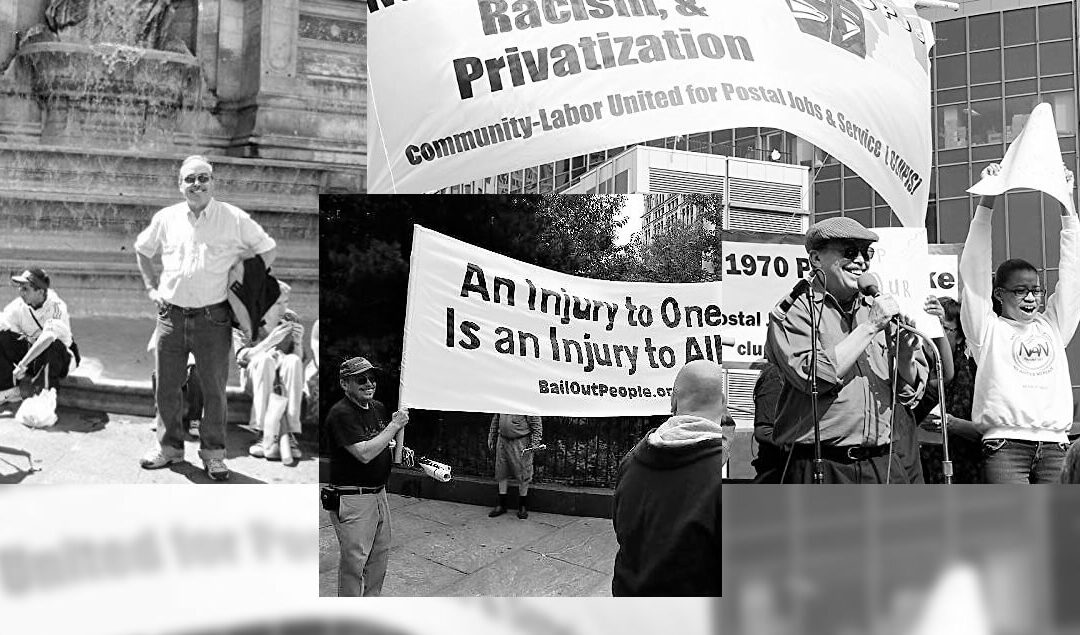 Here are some stories behind the pictures that appear at the top of my “Author Central” web-page (https://www.amazon.com/-/e/B07KSLC7QB):

Four of us in Union Square, NYC, on May Day 2018:?(l to r) Shahid Comrade with sign saying “Full Legalization Now for ALL!”; Chris Rivera, treasurer of NYC Teamster Local 808; Edwin Figueroa, leader of the South Bronx Community Congress, and former organizer Local 32BJ Service Employees Industrial Union (SEIU). We became close friends in a variety of struggles between 2005 and 2012.

Me standing near the fountain at Place St. Germain in the Quartier Latin, Paris, while on vacation in 2008.

Carrying a banner with one of my favorite union slogans in front of NYC City Hall, probably 2009.

Co-chairing a rally of postal workers and their families against attacks on the U.S. Postal Service, on 8th Avenue, NYC, in 2010. (I didn’t chair or co-chair many rallies, but I was happy to be there for this one.)

Speaking at a rally against racism at Woodlawn Cemetery (one of the largest cemeteries in NYC) sponsored by the South Bronx Community Congress, 2010.?(More about that struggle soon…)