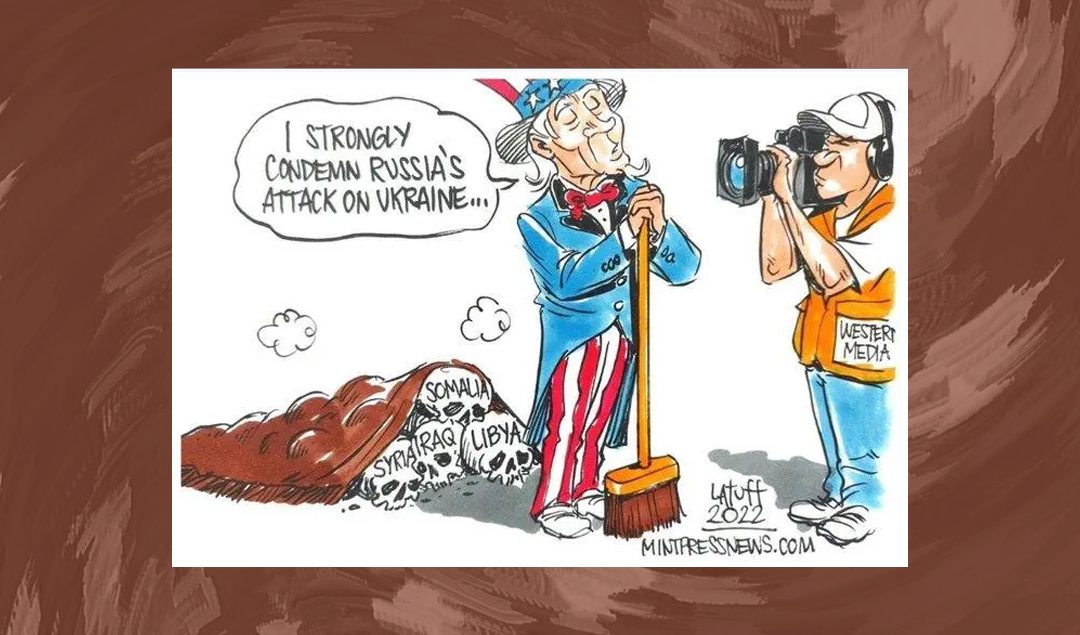 “Shock and awe” was George Bush senior’s name for his “Desert Storm” attack on Iraq in 1990 – 91. A United Nations report described the effect on Iraq as “near apocalyptic,” sending Iraq back to the “pre-industrial age.” But it wasn’t enough. After a decade of sanctions against Iraq, which further decimated the country and its people, George Bush junior launched a new invasion in 2003. Together with a parallel war in Afghanistan, the world has seen two decades of wholesale death and destruction at the hands of the U.S. military, at a cost of trillions and countless deaths estimated between one and two million.

When the savagery of the U.S. war was exposed by Wikileaks and Chelsea Manning, the official U.S. reaction was to demonize the whistle blowers, as if they were terrorists. Commenting on official U.S. hysterical condemnations of Russia and U.S. coverups of its own aggression elsewhere, Margaret Kimberley of Black Agenda Report writes that “it is the white supremacist underpinnings of U.S./NATO foreign policy which has created all of Ukraine’s suffering. The narrative that only white people deserve peace and security is all the more shameful because the global south suffers from war and privation as a direct result of U.S./NATO actions. It is NATO that destroyed the nation of Libya, NATO which attempted to do the same in Syria, NATO that occupied Afghanistan, NATO which wages war across African countries with U.S., French and British troops deployed across the continent.”

Kimberley adds that “Ukraine has been pushed to the forefront of American thought in order to defend the imperialist foreign policy which led to the current conflict with Russia. If the blue eyed nation is suffering it is because of U.S. and NATO arrogance and aggression. Ukraine’s current situation is a direct result of the 2014 coup engineered by the U.S. and its EU partners. An elected president was dispatched and a civil war began that has killed some 14,000 people. Ukraine is a U.S. colony with a puppet government now under military attack.”

Shock and Awe: Then and Now