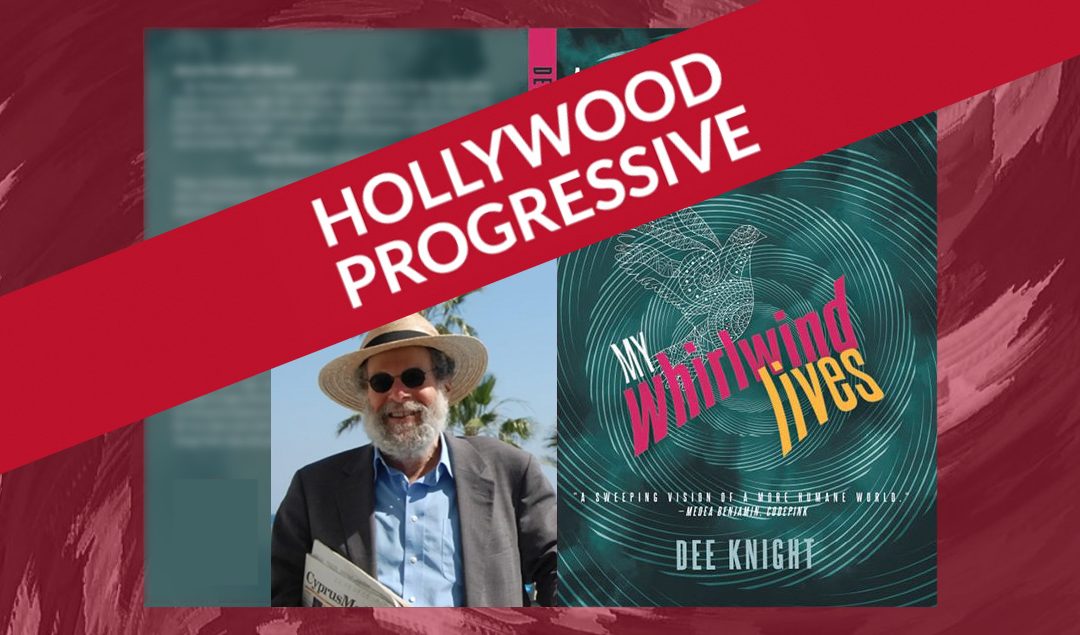 By Peter Laufer at the Hollywood Progressive

A review of “My Whirlwind Lives”, by Dee Knight

For those of us who lived through the Vietnam War – at home in the United States or elsewhere ­– reading Dee Knight’s page-turner memoir of the times is a reliving of our own experiences with a fellow traveler who quickly becomes a trusted guide. And for those – as is the case for most of my university students – who were long yet to be born when the war finally ended, the book offers a detailed history of the period from a distinct point of view. Knight calls the fall of Saigon a victory (he bought a bottle of Champagne to celebrate) and Ho Chi Minh his hero.

That celebratory Champagne cork was popped just a decade after Knight voiced his own support for Senator Barry Goldwater in the 1964 presidential election. Knight’s personal journey from a rural Oregon Republican high schooler to a dropout from San Francisco State en route to a life safe from the draft in Toronto is a stark reminder of how fast so many of us were forced to shed our adolescence in the 1960s. No matter how readers personally reacted to that war and its aftermath, engaging Knight’s accounts of his own decision-making processes and his resulting adventures cannot help but bring us back to those times that were a-changin’. Younger readers can similarly be participatory with his autobiographical approach as Knight time travels via his activist activities to today with one last call to action: “We need to find ways to transform Biden’s new beginning into a future that really puts people in charge.”

Once the Vietnam War ended, radicalized Knight did not return home to pursue a stereotypical American Dream. Instead, he traveled the world – trips on which he invites readers to accompany him – personally checking out alternatives to the U.S. society that so disappointed him. Then he tried to foment positive change in his backyard. His most recent causes: affordable housing and universal health care. He follows his tirade against U.S. housing and health care policy with an assault on public education. “Add these disasters,” he writes, “to the utter failure of U.S. education – a virtual apartheid system – in which a large percentage of students finish primary and secondary school unable to read or write, and an even larger share of college graduates cannot find jobs while finding themselves saddled with a lifetime of debt.”

It is such free-of-self-censorship points of view that power the book. The reader need not necessarily agree with Knight’s radical take on America, the daily news, and his personal life. But his strong and experiential points of view force thoughtful reflection of the last half century-plus that many of us shared, no matter how we chose to respond to the crises the world faced and faces. And in chapter sections subtitled “Reflections” Knight shares with readers the personal conflicts his activist life forced upon him. “Swimming against the tide is an acquired discipline and art,” he reflects as he brings his story (and all of ours from his perspective) up through Trump, Covid and Biden. “Salmon expend their life energy from the sea to their birthplaces. That same tenacity is required for revolutionaries.”

My Whirlwind Lives is not just memoir, it is advocacy and participatory journalism.

Journalist Peter Laufer is the James Wallace Chair Professor of Journalism at the University of Oregon and the author of several books including Dreaming in Turtle: A journey Through the Passion, Profit, and Peril of Our Most Covet Prehistoric Creatures & Up Against the Wall: The Case for Opening the Mexican-American Border.