“Summit for Democracy:” The Peak of Hypocrisy 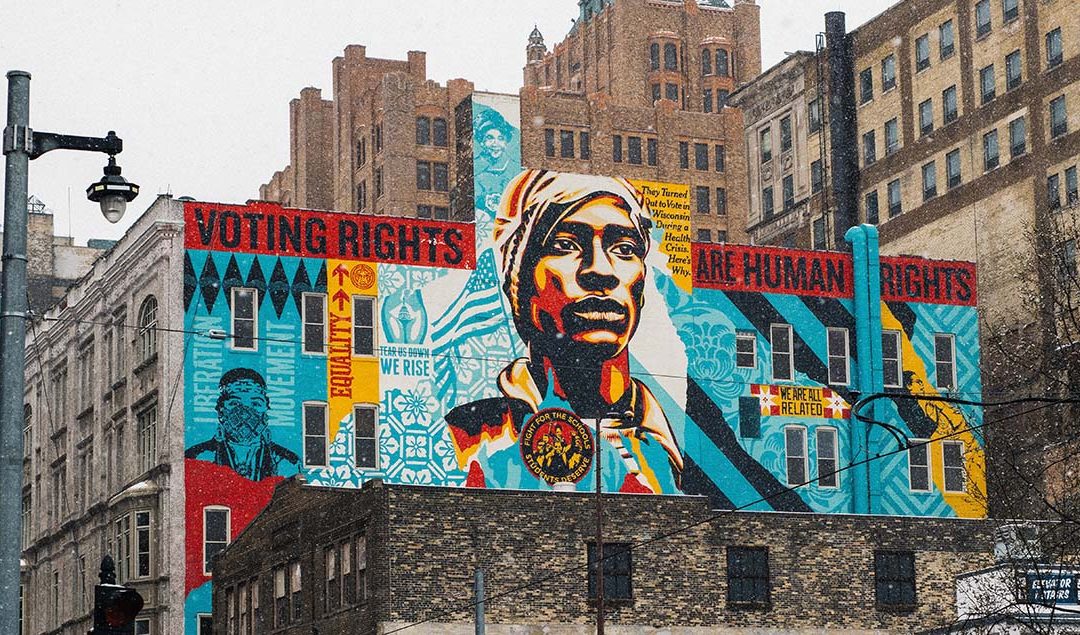 Reprinted from the LA Progressive

The government of Taiwan is among the 100-plus invitees, prompting suspicions that a key goal is de facto recognition of the island as a sovereign state. This would contradict the 1972 Shanghai Communiqué, signed by then-President Nixon and Secretary of State Kissinger, in which the United States acknowledged the One-China policy and agreed to cut back military installations on Taiwan. Now Taiwan is bristling with military installations of all kinds, and has trainers from the U.S. on site – also in violation of the Shanghai Communiqué. It’s enough to cause a breakdown of trust with China, threatening world peace, despite recent friendly talk between Biden and Xi.

“The summit will not succeed. It is at once too blunt and too thin an instrument, wrote David Adler, director of the Progressive International, and Stephen Wertheim, deputy director of the Quincy Institute, last January. “It is liable to drive US foreign policy even further down a failed course that divides the world into hostile camps, prioritizing confrontation over cooperation,” they wrote. That’s exactly what is happening.

The Chinese and Russian ambassadors to Washington issued a joint op-ed statement November 27 saying the summit will “stoke up ideological confrontation and a rift in the world, creating new ‘dividing lines’.” They said the U.S. is “empowering itself to define… who is a ‘democratic country’ and who is not…”

The State Department, in a refreshingly frank moment, said the summit “will also showcase one of democracy’s unique strengths: the ability to acknowledge its imperfections.” A New Yorker article by Sue Halpern November 30 said Freedom House ranked the state of democracy in the United States well below countries in Latin America and eastern Europe, “citing gerrymandering, the influence of money in politics, and the disenfranchisement of people of color among the reasons for the poor showing.” The article comments: “There is something deeply wishful about hosting a summit to bolster democracy around the world when our own is, at best, floundering.” “Democracy is not a prerogative of a certain country or a group of countries, but a universal right of all peoples,” the joint Chinese-Russian statement says. “It can be realized in multiple ways, and no model can fit all countries. Whether a country’s path works depends on whether it meets the country’s realities, …and brings about economic development, social stability and progress, and better lives for the people. Ultimately, it relies on the support of the people and will be proven by its contribution to human progress.”

Halpern cites the International Institute for Democracy and Electoral Assistance, a think tank based in Stockholm, which added the United States to its list of “backsliding” democracies: “The visible deterioration of democracy in the United States, as seen in the increasing tendency to contest credible election results, the efforts to suppress participation (in elections), and the runaway polarization . . . is one of the most concerning developments,” the group’s secretary-general, Kevin Casas-Zamora, said. He also noted that “the violent contestation of the 2020 election without any evidence of fraud has been replicated, in different ways, in places as diverse as Myanmar, Peru and Israel.”

Add Venezuela, Nicaragua, China and Iran to this list (for starters). Both Venezuela and Nicaragua had national elections in November that were loudly denounced in advance in Washington and the official U.S. media. More than 300 observers from 55 countries, including the EU and the Carter Center were on hand for Venezuela’s voting. The EU mission leader said “everything was proceeding calmly,” as governorships of 19 of 23 states were won by the Chavista coalition, according to a report from the Council on Hemispheric Affairs.

In Nicaragua, over 165 international representatives and 67 journalists from 27 countries visited well over a hundred election centers throughout the country. While the Biden administration labeled the election a “sham,” the delegates’ observations contradict these accusations. They observed an election that was efficient, transparent, with widespread turnout and participation of six opposition parties including two which last headed the government. After President Daniel Ortega and the Sandinistas won by a large margin, Ben Norton of The Grayzone reported that the Biden administration refused to recognize the results. The U.S., EU and OAS have instead launched what amounts to a new coup attempt against Nicaragua’s Sandinista government, including a regime of crushing sanctions.

This hybrid warfare campaign aimed at overthrowing Nicaragua’s Sandinista government has many parallels with the ongoing U.S. coup attempts against Venezuela and Cuba, as well as the military putsch the OAS oversaw against Bolivia’s elected socialist President Evo Morales in 2019. In Latin America the U.S. actively sabotages democracy rather than defending it.

Progressive International’s David Adler, writing together with Guillaume Long in The Guardian November 15, denounced the OAS for its role in sabotaging elections throughout Latin America, and fomenting the 2019 coup in Bolivia. The OAS found no evidence of fraud in the election of President Evo Morales, but it lied to the public and manipulated its own findings to help depose him. “It was later reported that the US representative to the OAS actually pressured and steered the observation mission to reach a determination of fraud,” according to Jake Johnston of the Center for Economic and Policy Research, quoted by Adler and Long.

“The U.S. government is complicit in these attacks on democracy, not only as an ‘ally’ but also as a leading member of the OAS,” Adler and Long write. They say “two-thirds of U.S. citizens now believe that democracy is under threat,” and it’s much worse in Latin America. In Brazil, half the people believe Trumpist President Jair Bolsonaro’s believe Brazil’s president will attempt a coup d’état, even though a sweeping majority support former President Lula DaSilva’s return to the presidency. In Haiti, the U.S. dislodged the progressive President Aristide twice. This, according to the former head of the UN in Haiti, is “the origin of the present tragedy” in that country.

On a recent trip to Ecuador following its recent elections, U.S. Secretary of State Blinken “lavished praise on President Guillermo Lasso in the same week that Lasso declared a nationwide state of emergency to intimidate critics of his government and distract from an investigation into alleged tax fraud following his appearance in the Pandora Papers leak. In Bogotá hours later, Blinken applauded the democratic credentials of the Colombian president, Iván Duque – ‘We have no better ally on the full range of issues that our democracies face in this hemisphere,’ Blinken said – while his government stands accused of targeting protesters and allowing an unprecedented number of assassinations of Indigenous, Black, and peasant leaders to take place under his watch.

The term “our democracies” reveals a lot. The “democracy” moniker seems to identify a country allied with the United States. Adding “our” emphasizes the relationship. It’s an echo of the old British Empire, only now it’s neo-colonial, cemented and enforced with bank loans and troops on the ground in most cases.

The late November elections in Honduras were especially interesting. The winner was Xiomara Castro, wife of former President Mel Zelaya, who was kidnapped by the Honduran military in a U.S.-backed coup in 2009. Zelaya had forged an alliance with Venezuela and Nicaragua. Following her electoral victory, Xiomara Castro received a note from Nicaraguan President Ortega and Vice President Rosario Murillo: “On behalf of the Nicaraguan people and women in particular, we express our joy at this historic election which once again shows the noble, fighting, and hardworking character of the women and families of this fraternal and supportive Honduras.” The NY Times reported that Zelaya said he and Xiomara Castro want to rebuild good relations with the United States, calling it Honduras’s vital partner. “I think the U.S. has understood that sectors of their government have brought the country to an abyss” following the 2009 coup, he said. “We hope the Biden administration has learned the lesson and are willing to work with us.”

Hopes abound for good working relationships with the U.S. and its allies. But, as the Chinese and Russian ambassadors wrote, “a truly democratic government will support democracy in international relations. It will not foster hegemony and division abroad… The path to prosperity of nations goes through respectful cooperation with each other, despite some differences in views on particular issues.” The statement added that “no country has the right to judge the world’s vast and varied political landscape by a single yardstick, and having other countries copy one’s political system through color revolution, regime change and even use of force go against international law, and are obviously anti-democratic.”

Earlier this year 16 governments from around the world formed a Group of Friends in Defense of the Charter of the United Nations. The group is seeking to promote multilateralism and diplomacy over the use of force against perceived violations from other UN member states. “The world is seeing a growing resort to unilateralism, marked by isolationist and arbitrary actions,” the group said, “including the imposition of unilateral coercive measures or the withdrawal from landmark agreements and multilateral institutions, as well as by attempts to undermine critical efforts to tackle common and global challenges.”

The Chinese and Russian ambassadors emphasized the UN as the core of the international system, saying “there is only one set of rules, i.e. the basic norms governing international relations based on the purposes and principles of the UN Charter.” They opposed “flaunting the ‘rules-based international order’ without referencing the UN and international law and attempting to replace international rules with the dictums of certain blocs.”

They added that “there has been no shortage of wars and turmoil worldwide to prove that spreading ‘democracy,’ its political system, and values against other countries’ will severely undermine regional and international peace, security, and stability. Bombings of Yugoslavia, military intervention in Iraq, Afghanistan, and Libya, and ‘democratic transformation’ do nothing but harm. Countries should focus on running their own affairs well, not condescendingly criticizing others… Certain foreign governments better think about themselves and what is going on in their homes.”