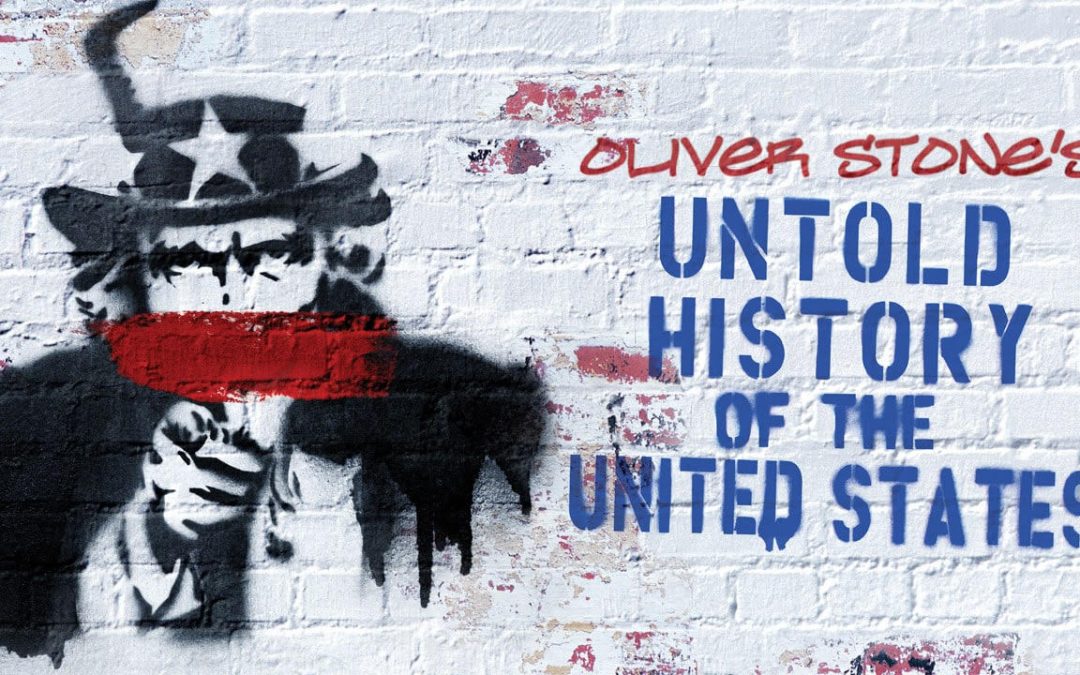 Dee Knight’s review of
The Untold History of the United States, by Oliver Stone & Peter Kuznick
This is among the most important books of 20th century U.S. history, because it tells the whole truth, in detail, with excellent photos and illustrations. At 800+ pages it would be a chore if it were less well written. But in fact it reads very easily, and is a perfect accompaniment for the documentary video series by the same name. As a teacher of college-level American history, I found it perfect for students who really want to know what happened, as opposed to simply getting a homogenized and sanitized textbook story. Oliver Stone and Professor Kuznick have teamed up to effectively challenge the “official story,” with a clear, comprehensive and accurate rendering of the rise and fall of the U.S. empire.

The sweep of the historical story is impressive, covering the “Roots of Empire” at the start of the 20th century, World War I (Wilson vs. Lenin), The New Deal (the real story), World War II (Who Really Defeated Germany?), The Bomb, The Cold War (Who Really Started It), The Korean War (what actually happened, how and why), Eisenhower, JFK (Bay of Pigs and Missile Crisis), LBJ (Empire Derailed), Nixon and Kissinger (The “Madman” and the “Psychopath”), The Reagan Years, The Cold War Ends (Squandered Opportunities), The Bush-Cheney Debacle, Obama, and finally “How the Unthinkable Became Thinkable Again.”

The last chapter, covering the years 2012-2018, is especially valuable for explaining how we have arrived at the current bewildering and terrifying global impasse, with intensified threats of war between the United States, Russia and China.

The very last pages of the book tell of a warning by William Jennings Bryan at the dawn of U.S. imperial adventures in 1898 that “the nation would lose its soul if it chose imperial folly…” It goes on to say “Centuries of slavery, Native American genocide, worker exploitation, and misogyny had already taken their toll, but redemption still seemed within reach… Potential greatness lay ahead. But [the nation] chose a different path. The United States turned into an industrial and military behemoth, the likes of which the world has never seen. But it paid a heavy price for that domination.” Reading the summary of that price is awesome but necessary. Get the book. Learn its exceedingly valuable lessons. Share them with everyone.