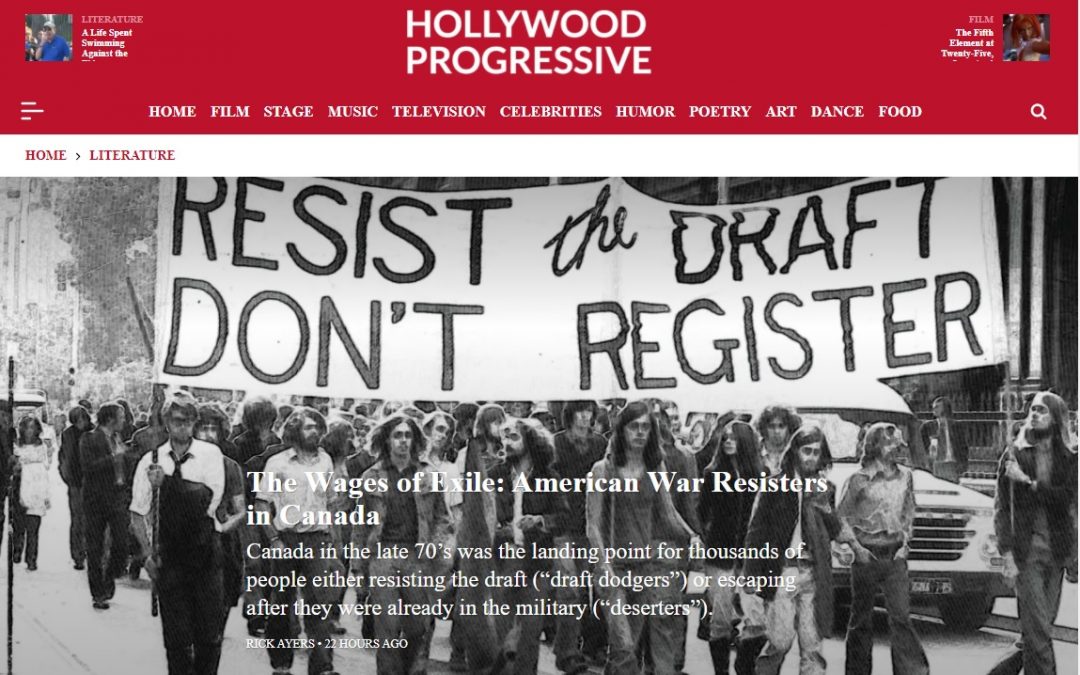 Two friends I’ve never met in person but feel I’ve known for decades, wrote of their own experiences of resistance, and how they found them reflected in My Whirlwind Lives.

“The Wages of Exile: American War Resisters in Canada,” by Rick Ayers, appeared in Hollywood Progressive August 5.
Rick picks up on a major theme in my book: the class and racial divisions in the American exile community. He says “generally the dodgers were college kids, those with the social mobility and contacts to get out ahead of the draft. The deserters, who were more and more numerous as the 60’s wore on into the 70’s, were mostly working class, often Black or Brown. They had gotten pulled into the draft and then confronted the reality of imperial invasion and occupation up-close – and they made the courageous choice to join the great migration away from war. Canadian immigration law itself was an oppressive sorting mechanism, with a point system that gave priority to those with more money, more education. Often army deserters were the ones who continued to be fugitives, even in the north.”

Greg Laxer, author of Take This War and Shove It!, wrote a really nice review on Amazon. saying that “as a resister to the war from within the ranks of the US Army, [he] is grateful that Dee Knight always pushed vigorously for the rescinding of less than Honorable Discharges for GIs convicted of ‘crimes’ relating to opposition to the war.”

These two brothers in resistance really captured the essence of my book’s message, for which I thank them.